Remarks on One of My Paintings 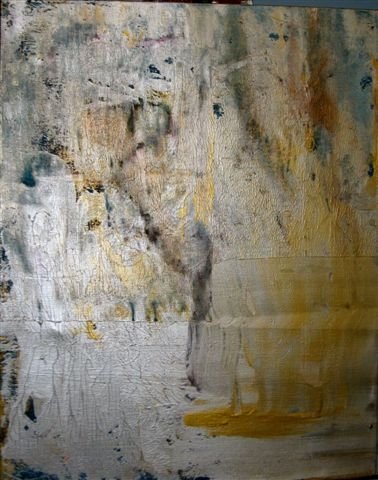 There is almost nothing to be said about this work, not because it is devoid of the lushest proliferation of formal delineations, but because of the micrologically intense detail of each these shapes or structured formations in it, whose determinateness is so richly concrete as to make it almost impracticably difficult to analyze and translate their sensible encounter into the simplicity of words. This painting was not written with the marks of an alphabet. Yet by these forms of alphabetic writing I am adding to my archive of works a text that directly references to my painting.

A singular upshot of how dense the imbrication of forms are in this painting, further, is that, even with the most modern forms of technology now available, I feel confident in defying anyone to successfully counterfeit its original canvassed wood and acrylic production. Consideration of the largely pre-conscious gestures with which I applied my paints and the minimalist technical apparatus by which I applied these paints (pieces of scrap paper) perhaps begins to reveal the primally chaotic, very stochastic, but yet affective, and still somewhat sensuously guided motifs of their production.