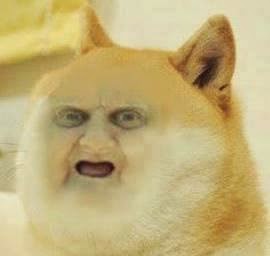 The postindustrial ultra-capitalist megalopolitan/exurban SPECTACLE (as also that most rancorous maw of its wanton identity politics) flourishes alone in its ownmost self-perpetuating, as a “permanent state of emergency”, or WAR. The spectacle is the self-perpetuation of social life. The spectacle is the cybernetic auto-preservation of almost necessarily the social world’s worst events in their dissemination as memorial datastreams. And the set of all known spectacular traces, analyzed in their each unique case, must each time present the timing and spacing of at least Two or MORE “faces”, that is, the communalized public objectivity of many private societal individuals, an activity co-phenomenalized habitat, a human lifeworld. Society is performed spectacularly, as such, or it is already erased (extinguished, extinct).


Emergency, however, also means the newest face of socio-ontological revelation, or “emergence”. The spectacle is the emergence of our private war into our public conscience. The spectacle is the voice, or voicing, of the social text. Or, contrariwise, it is the spectacle that is the textual transcription of society’s voice. Either case is inconsistent with the spectacle’s truer actuality, of course, insofar as the spectacle both textualizes and vocalizes both textual and vocal aspects of society. Maybe, then, the trick is to see that the voice is a type of text, or texting—whereas the text is more than merely a voice, or its voicing. This, in brusque, is my best acceptation of the undeconstructible privilege of the text.
Posted by Max Clark at 12:16 PM