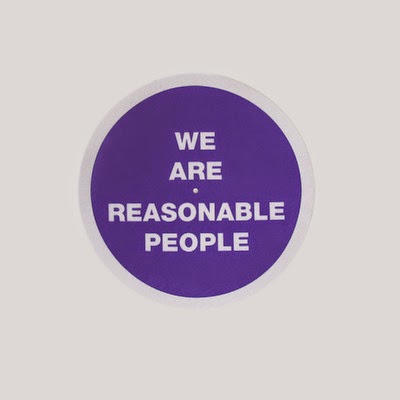 CA Conrad recently visited Yale University. I was in attendance for his one free and public reading of the stay—an event opened (I must add) with a most massively illustrious appearance from Stephen Krewson, a promising Flarf poet, as it were, and friend (i.e., creative collaborator) of mine. I also attended [to] the “informal” conversation at a local “gay” bar (said "gay" as such if only because it was a little moreso masculine a space than “queer” would rightly suggest) with CA and Stephen which followed their readings. Stephen’s public presence, I too much protest, on this highly peculiar night was arguably by far the more immediately risible in its slaying irony and, as such, also the more entertaining performance—as his renditions of his (Boolean?) keyword search amalgams were very verily exuded with such a vital smoothness – if not joyous assurance – such as one rarely encounters in everyday slum life (as I experience it in the “9-Square Zoo” surrounding Yale’s campus), much less in the U.S.’s mass media spectacle, etc. and so on – yada yada – if only as it were. CA, almost needless to affirm, nowise failed in any respect to affect himself upon me so very fully in the veritable gorgeousness of his hippy-shamanism (that I so adore)—it was, if only perhaps, simply that he too was too-long lingering in a hypnotic admiration for Krewson’s exceptional and exceptionally new performance just before him that night. But the most urgent and living teachings of CA’s uttermost exuberance (a unique signal of his genius) were not to be expressed to his public audience, per se, but rather to those audience members who privately elected themselves into his coterie by following him to said “gay-bro” bar.
Myself, being at first seated on the opposite end of the bar's long bench where-at CA had already before sat, this bench being also crowded in between each of us two with said private-class self-elects of his reading’s formerly public audience members, I was inspired to undergo an immensely protracted series of discussions with these others (none of whom were CA). Although these chats were mostly stimulating, if not highly civilizing, in character (at least for me), I found that, as more than a few spirited hours of such fizzy discursiveness wore on, the number of "interpolators" seated between myself and CA steadily dwindled back mostly into their dorms and otherwise shared apartments (but excuse if this sounds a wanton or pejorative generalization). At long last, I was able to address CA. And how soon, very wondrously to me, how soon after I had made said address of myself to him (by my name, or “personally”), did he then excavate his most favored “gemstones” (as it were?) from his jacket’s pockets slip-slide out on top of the bench’s most elevated table-area. I, for my part, recall distinctly how I said I thought these "rocks" were “sexy” (especially the sparkly black and oblong one) and that they were “dancing for us tonight”. I also gave him and the remaining others notice of my recent opening of the most archaic but properly novelistic form of textuality I know, Cao Xueqin’s The Story of the Stone, wherein certain mythologically valenced gemstones are already in an opening scene assigned emotions and voices and other such sentient characteristics, etc., etc. Somewhere in all of this I also recalled to voice another (then-also-present) colleagues’ (aka, Kevin Holden’s) exceedingly "panpsychologistic" (i.e., plain-vanilla Idealistic) phrase: “everything is sentient”—which he (Kevin), as I reminisce on hearing him speak his loving bouquets of his cheerfully idealistic poesy once before, I believe attributed to an author (or mythical hero?) of very ancient Greece, likely perhaps a Pythagorean of some relation (although an absolute respect for the sentience of "all things" is more in keeping with our Buddhist inheritances)?
But why am I so attentive to CA’s “rocks” and not his letters on his pages of his books, or at least to describing my memories of his voice, its delivery, etc. —public or otherwise? (His voice is very unique to him—very, quite nasal – even unreally so, almost cartoonish or faux-childlike as such—except also too, too much tragedy-inflected, sometimes thus almost of a “bleating” tone, and so also indeed a somewhat (also very figuratively) “butchered” sonority then—and all of this just before said in its most endearing senses to his venerable reputation alone). Why? Because I am obligated to share with you, even may hap to persuade you, convince you, of how nakedly expressive a gesture was this his sharing of his rocks. He exposed himself to such a palpable extreme when his own "rocks" (as I alone affectionately have dubbed them herein) tumbled and slid and clanked across the metal bench before me—if only each intersubjective face of infinity’s “society” (aka, Creation) were so adamantly sincere and “forthright” and expressive and intimate and trusting and denuded and forward in their respect of me.
And, so, you see: ta-ta for now (“ttfn”).

p.s. CA Conrad loves me, and I love him. Quoth (the entirety of a private email he once sent me):

"I love you Maxwell,

I anxiously pre-apologize to him most of anyone for this "disjointed" anecdote being so brusquely abortive a preemption thusly—
it's just like a way I have
about writing what is written
in my more prosaic
and essayistic texts.