Social Media, Postindustrialism, and the Reorganization of Social Power (the Spectacle) 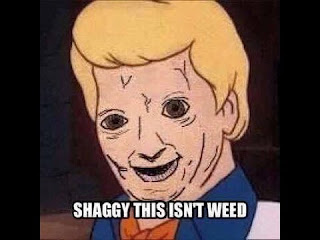 On perusing over again Debord's Society of the Spectacle I was nearly alarmed to find how very much more pertinent its insights are into present-day society than perhaps ever before. Now, confessed, I am not a Situationist of any stripe, nor desire in the least to be associated with Debord's writings outside of being their occasional reader. Yet and still, if only I accept a bit of the gist of Debord's book: that media has become the ruling force in society, and so on; quite a few new developments in contemporary society become thrown into a powerful new light.

The waning of “mass media” today in 2016, and the innovations of social media concurrent with this long, slow demise of said “one-way” streams of social data---well, in very brief, they suggest something akin to an actualization of the hope for a renewal of social justice so dearly clung to by the prophetic tradition (including not only religious movements, but so many secular ones). If, and this is taken in a very abstracted (but not unreal) way, the mediation of ideology in society has permutated: from mass industrial media to social postindustrial media; then, very obviously, something is afoot, or unraveling, presently that may prove to have farther reaching outcomes in the future than we now commonly recognize.

Further, if postindustrialism is a significantly different mode of production (in the standard Marxist analytic) from industrialism---which I believe becomes quite obvious also when held to the least bit of scrutiny---then wherever this shift in productive modes has occurred, there is to be predicted a delayed reconstitution of the entire array of superstructures in these societies where said mutation has occurred. I do not pretend to give my audience any least extensive nor rigorous proofs of this evolution in the global status of modes of production, but ask you merely to put my thesis to the test of any and every your own methods of falsification.

And the question hereafter is not: what is to be expected? So much as it is: how is this happening at present? I have little enough energy to dilate out a response to this latter question---and feel, further, that if only I have planted the merest scattering of seeds of this problematic at all my task is complete.