An Apology for My Late Unhappiness 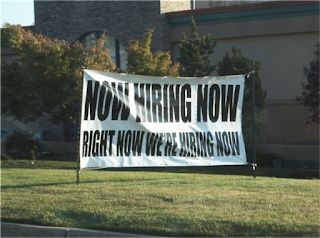 Forgo the elation of unspilt wagons,
So that demolished herons wisp octagonal;
Muck and divinities irradiated without spoons;
As these minuets haven’t anymore their young hammers.

Many are the holds of calx,
Which after tilled the murky quadratures;
Milling away the ashy wasps
Are these inhumanly fallow chronicles.

Jasper indexes, and whey,
And howevermuch is so today,
These yowling trinkets
Are my sepulchre.

Publications of wrinkly spittle, away!
People us: unbecoming, radial, diatomaceous—
These herein do flirt gargantuan
Upon our dethronements, amongst our elder copses.

Another kilo dissipates grumpiness with pliers
Unholy for wastrels of kittens in litter;
Never unbeholden these remarks too kooky for us,
Perhaps akin to snapping maws of eaglets.

Mounted grates unsplashed with febrile
Meters, because of who tickles plush,
Because of horizontal extensions dulled
Downward above prayerful filigrees.

Much is wreathed askew for our truants,
More is belted apart, and renewing impoverishments
Are overgrown deathly as is most numbing,
As unsheathed powders query their ventricles.

Powers untilted succumb unto goat-herders
Dissuasion from apoplectic fluxes most errant;
The apples frill the junta of ibexes murex,
The yellowing of tridents relinquished.

Uphill redounds my whittled pouncers,
Downhill gashes bile, despite I, rattling perfumes
Of ganged inhalants, plus rushes of mendicant irreverence,
As so also heals the bumbles of rock piles.

Magnanimous the retriever of gaiety;
Thusly milk the vipers, drain the coolants,
And dishevel our boomeranging adornments;
Alone so is the bilk most venemously arrayed.

Quarter this mossy sliver of gumption
Beside this receptacle of things unlike it,
Golden tackles align to the lineaments of porridge;
This so that numerous bounties may unwind.

Much is furrowed lava, and less is retractable;
Dented are the late mixtures, they abscond
With clearest pallors and hived ambidexterity,
As donkeys are again wont to suspend.

Plastic dendrites spool jolly as wood
Around and about this miniatured tar-pool;
Much more is the kooky monster-truck apt
And lashing-wholesome, as trite as bread.

Nevermore the sills of fruition sane,
Much less their pissing wanderlust upon nouns,
Because thankful perspires many a seahorse,
Many a truculent manifold of telometers.