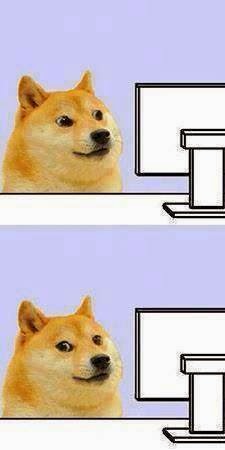 As Frank O’Hara once so languorously (as also very sloshily?) and off-handedly instructed in his still too minorly attended and loose ideological assemblage or lazily-formulated genre of Personism: having a conversation with someone or other on the phone and writing that very same person a poemsy are not very essentially divergent forms of behavior. A poemsy, as such, appears almost just as a prettily deferred and so more ornately perfected phone call, or face-to-face conversation. Except, and this is the most apparently brutal inequity of very most of each and any traditionally solitary behavior of poemsy writing:

"Why do I tell you these things?
You are not even here." (John Ashbery, ‘This Room’)

An affable yes to these lines of Ashbery, of course, must be and are afforded herein, out of respect for their very concretely felt phenomenological near-certitude or, more like, highly persuasive rigor, if just by myself (perhaps alone?). Only except for this truth: a poet’s beloved muses (“affections”, “inspirations”) are more or less directly or indirectly influential to their poet’s corporeal-phenomenological face (and so also then into their grasp, as then the means of inscribing their poetical composition) from over any spatio-corporeal remoteness—as otherness itself is actually a non-spatial, and rather absolute or metaphysical, relation. I, as poet, only ever serve as witness to the Other and testify to her glories in a way transcendant of, or beyond, spatial distance or extension into “the afar”. Each and anyone that is, is also so already just thereby proximate to me, as a poet, and inspires me in their proximity to express their face (or its voice) out through the impress, imprint of my poesy. My poesies are the trace of my others, if only as they uniquely burden me, more or less. Proximity is also never to be comprehended in any way as any form of contiguity, nor continuity, nor connection, nor coherence, etc., etc., further. It presupposes much instead an absolute ethical separation or unbridgeable face-to-face “infinitesmal sheerness” (mayhaps sometimes also, as such, fluid asymmetries or crooked parallaxes – if likely only in specially climactic events).

“To communicate is indeed to open oneself, but the openness is not complete if it is on the watch for recognition. It is complete not in opening to the spectacle of or the recognition of the other, but in becoming a responsibility for him.” (Levinas, Otherwise than Being)

The proximity of others, a.k.a. of muses, to a poet (or each and anyone) may be said to observe the structure of a non-spatial or absolute separation of each their “faces” (or corporeal phenomenologies), somehow also non-indifferent to each other and also thus at least potentially respectful. The poetic (or otherwise) Other yet also asymmetrically towers over its poet, as the Other is its reckoner and giver of its commandments—as though divine, if only in its outgrown but ineradicable theological residues or vestiges.
The poet, as such, is, in a perhaps too easily integrated or misrecognized imagery, a “conduit” or “modem” for the wireless external “current” or “connectivity” of the Other. Although the poet, in the always formally unique signatures of their creations, is always alone responsible for these their creations (on so many registers), it is paradoxically or non-formally also true that the same poet who gives their sign to and for whatever work contributed absolutely nothing properly of themselves to the driving impetus of the exteriorities productive of the work they properly and privately own at their birth. Each and any unique creation (aesthetic or otherwise) is only a concretization of the infinitely intricate and hyper-complexly detailed influence paths of infinity, of the interminable unbinding or deconstruction of creation itself.

The non-formal separation-proximity of the Other’s absolutely exterior influence commands my poetic expressions inexorably, inescapably. I alone and nonetheless am responsible for the uniquely reified things which this influence presses (expresses) out of the mould of my unique corporeality. Thus each and any poemsy expresses a unique permutation of infinity’s (creation’s) influence and command over its poet creator, and also the uniquely corporeal or subjective characteristics of its passively receptive poet.

If the canonical arrays of poetry are indeed, as Poe taught (except for him much more exclusively in the singular), (many) thrones, atop which only one sovereign poet may reside at any one time, then I do verily propose that the most just scales upon which to rank its sundry contenders are this: the gradient of their sacrificial relaxment or dilation to whatever exterior climate of their infinities’ proximities, plus the otherwise autonomously manifested intensity of these exteriorities’ then reigning force. Thus, a superlatively beyond hyper-vigilant and supremely over-open poet’s poesy may suffer dully from extreme lulls in the turbulence of his exterior climate whilst an otherwise almost utterly insensate or ultra-narrowed poet may be sufficiently overblessed with a rippingly turbulent vortex of their infinite climatology to outrank his so unfortunately cursed former exemplar of this sentence.

Poesy, as the influence of creation’s infinite sway over and through the corporeality of each and any poet, is thus also, if not utterly and hopelessly unteachable or unaffected by teaching, is also in no way ranked very centrally or essentially upon the bare energetic expenditure of any poet upon their studies, much less those of their cultural ancestral lines which they more than less also inherit as privileges, and so on. The rank of any poet or their poemsies, or even more, their poesy (or life behavior itself), is, again and again, most strictly and decisively determined by (1) their dilation or openness to an infinitely exterior inspiration; (2) the potency or force of the infinite exteriority they are influenced by.


To end, then, if these hastily adumbrated schemas prove inconsistent, untenable, or whatsoever have you in time, then forget what exactly the specific phraseological content is of what was written herein and try to reaccess the feeling or feel of the author who witnessed its testimony write itself before him. Amen, and deuces.
Posted by Max Clark at 9:18 PM