Gayness is Alright
by Maxwell Clark 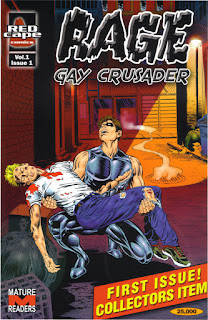 I am analyzing society on the scale of subnational formations. By subnational formation I mean any group of individuals whose collective socioeconomic potency as a group is most or rather moreso liable to affect the body politic as a force apart from the official nation-state level of governance. These distinctions are too sharp however, the real expresses them in mixtures. Judaism in Europe being a prime example of this potency of subnational groups to eventually express their might in the thoroughly, thoroughly imperialist gesture of nation-founding, perhaps at least as within our global modernity.

Thus to gayness, or the pursuit of gayness. As the body very much is scientifically observed to be sexed in the traditional biological sense, the expression of the gender of that irrevocably birth-sexed body may allow the opposite to appear within gender norms, also as subnational formations, as in the case of feminity (however anti-feminine or nihilistic it may be). One is born more or less irrevocably female or male, and all of the many facts of hermaphroditism acknowledged (as affirmations of my spectrum-dependent theses herein), but one may express oneself, in the infinity of expression (as thinking itself), anywhere along this spectrum in our so tiny and so unalterably hermeneutic little worlds of experience.

Hegel’s complexus of sensuousness and ideality, and the term “complexus” herein especially, as an at once analytic and almost organically motile framework for hanging together even more expressively loaded terms like phenomena and datum, or, perhaps, as phenomenology “in a nutshell” (as I laughingly, ridiculously dare to call it) --- yes, phenomenology itself thus transcends, because essentially located within its own complexus with all alone remind you, all transcedence.

And to transcend transcedence, this is post-fabricated origin of all group-formation: some become fully respected as friends and, more than less; the other others become all the same enemy. At the peak of subnational ascendence (as of yet), in achieving the highest laurels of equality with many otherwise ruling-nations, the transcendence of the avaristic narcissism (of the all-integrating complexus) once at work within the given group ascending, and ascending just so far as this transcendence blesses it perhaps, and thus the formation of a near-ultimate respect of otherness within the limits of the nation’s identitarian criteria is observed. Thus the euphoria of Nazism, within Germany’s Aryan born or also those tolerably-well expressing themselves (adopted) to be so, even if not so then at all behind their Aryan expression --- thus the remainder of Otherness within Nazism.

I apologize for my sovereigns, as these masters are all my slaves as a slave of the slave-group, and as surely as our master-slave dialogue is that of that Emerson-knighted term: Oversoul. If kings once ruled for lifetimes, that lifetime rule was justified by the effectively willing submission of his subjects. "The instinct of the people is right." (Emerson) That subnational groups did occassionally rather often run riot throughout feudal European formations of state, and far beyond, just as today, of course, it of course follows.

And so to the grandeur of my (ultramaterialist) ethical endnote: the abolishment of a sovereign is only affected by a new, or a newly more-powerful sovereign and their formation; expect nothing radically new from the statist hiero-formations of what is (as anarchic chaos). I love the appeasement of the state and its peoples, being as this state is one of soulful feeling as such, this is a good thing. And by soulful, I mean the absolute expressiveness wherein the alienation of one’s own private good from the private essence of others is maintained. Thank you.
Posted by Max Clark at 8:17 PM